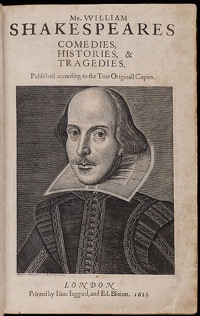 We explore the genius of Shakespeare, and using Mind Maps to learn Shakespeare, to give you a novel and exciting experience of his plays to make learning Shakespeare faster and easier.

What is it that makes Shakespeare so great?

Well, each of the above questions reveals a genius, but to have all that in one person is a miracle.

Can you see why you may be 'forced' to study Shakespeare?

So, the next time you have to study Shakespeare, look beyond the 'Olde English' and beyond the complicated structures and seek out the genius that is William Shakespeare.

Because of Shakespeare's impact on English Literature and the Dramatic Arts, many of the actors of the modern world have chosen to have at least one Shakespeare performance under their belt.

Here are a few examples of modern actors playing Shakespeare in movies:

Then we also have a few modern movies inspired by Shakespeare. I'm sure many of them may surprise you: To make the Studying of Shakespeare's plays easier, exciting and fun, we have produced a set of Mind Map Tutors on many of the famous plays.

By going through our Mind Maps, you will get a holistic, visual guide to the essence of the plays.

As usual our Mind Maps start with an overview, which serves as the framework. Each branch then drills into the details and back up to the overview. Or you could simply go directly to the Mind Map that you are interested in.

Each Mind Map Tutor has a basic framework, plus additional branches unique to the play at hand. This will provide consistency, but also build up a unique picture of each of the plays.